As the adoption of wireless networks for personal and business networks becomes increasingly more rapid, the need for tools which give detailed information about nearby networks has grown. LizardSystems has released a new Wi-Fi Scanner tool, which allows for fast and informative scans of networks in broadcast range using the hardware already present on modern computers. 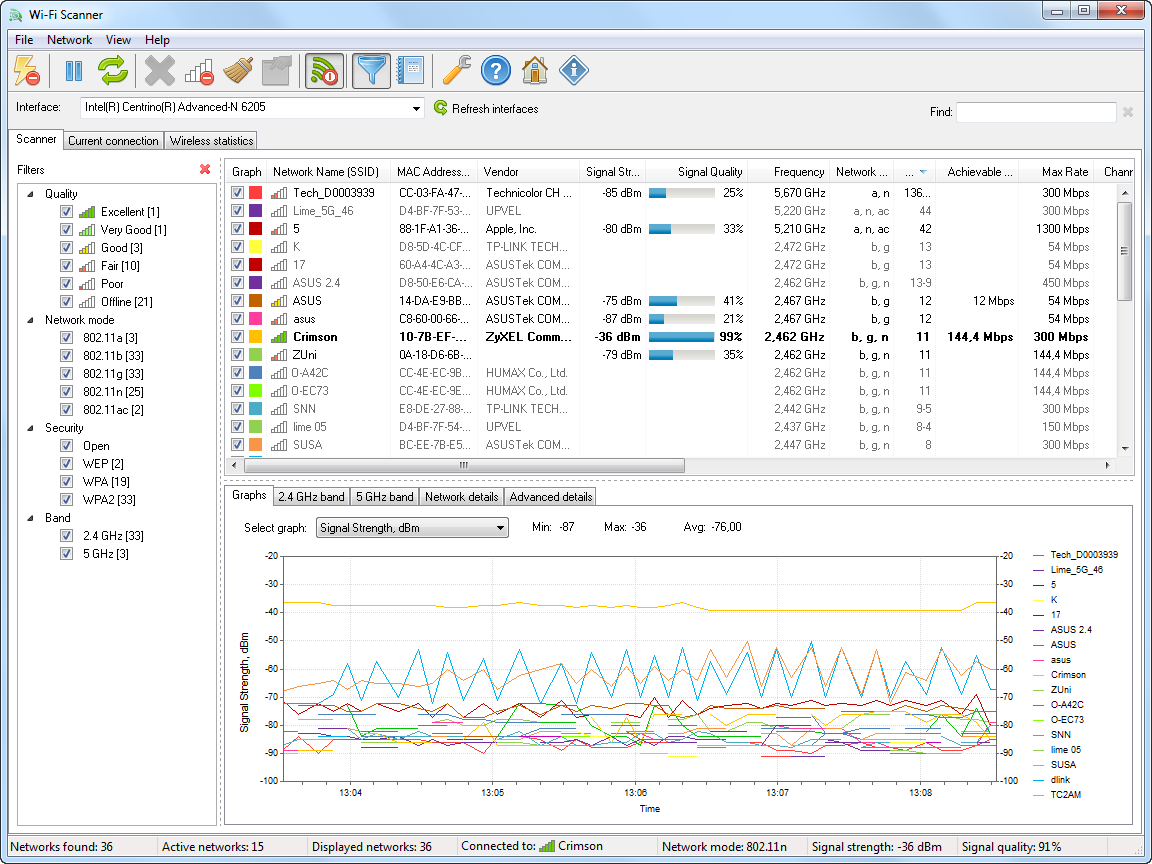 Though wireless networking technology has existed for over a decade, the widespread adoption of wireless networking has long been delayed by confusion about how networks appear in the default interfaces that ship with operating systems, or fear about the security of the information transmitted over these networks. However, wireless scanning tools such as Wi-Fi Scanner released by LizardSystems can help mitigate these risks, by giving users intuitive and powerful wireless scanning functionality.

The concept behind Wi-Fi scanner is simple – by using the networking card already present in most modern computers, this wireless network scanner does a fast and simple network search, returning a list of all the wireless networks in range. However, unlike the default tool that ships with the system, Wi-Fi Scanner also includes a great deal of detailed information, such as the network name, MAC address, signal quality, channel, signal level, and type of encryption. By storing changes to this data over time, Wi-Fi Scanner is even able to display a custom-colored graph which demonstrates changes in signal level over time. This information allows users to inform themselves about the strength and security of any node they connect their computer to, helping them to monitor and plan around nearby networks to obtain the fastest connection available.

Wi-Fi Scanner is a tool built for the future; this application has been designed to be compatible with the current standards for wireless networking, and it ships with full support for 802.11n and 802.11/a/b/g protocols. By allowing users to connect to networks directly through the application, LizardSystems has created a single wireless scanning tool that can both monitor networks and replace the standard connection utilities, all in a single clean interface. To this end, it is even possible to filter networks by particular parameters, so that only the optimal networks will be displayed. It is clear that the application was designed with people in mind, giving full use of networking hardware to the average user.